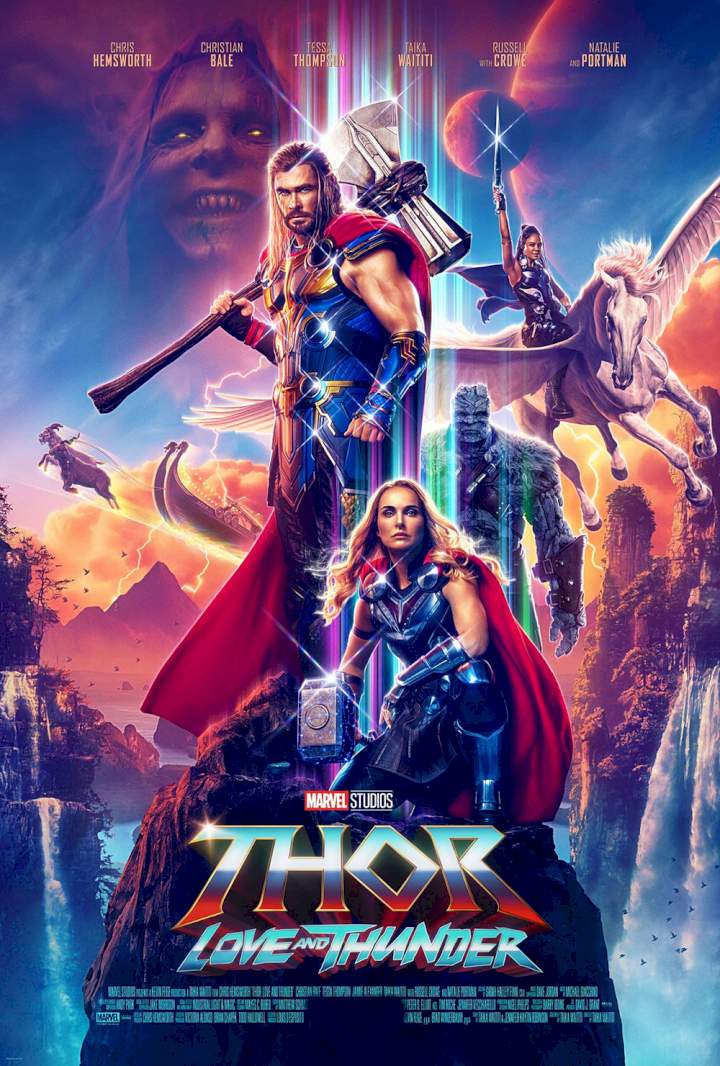 Not the only one, though.

Thor Odinson enlists the assistance of King Valkyrie, Korg, and his ex-girlfriend Jane Foster, who is now known as the Mighty Thor and wields Mjolnir, after his retirement is disrupted by Gorr the God Butcher, a killer from another galaxy who wants to wipe out all gods. Together, they set out on a perilous cosmic quest to unravel the truth behind the God Butcher’s retaliation and put an end to him before it is too late.

No comments to show.